COVID-19: Cybercrime takes it to the next level

Editor’s Note: This blog is based on an article written by a journalist from Insurance Portal, who attended the French webinar "Votre entreprise est-elle protégée contre la cybercriminalité?" on June 30, 2020 and was given by Pierre Marion and Vincent Blanchard.

The COVID-19 pandemic has taken cybercrime to a new level, reports a technology expert working for Medavie Blue Cross. Fake websites and deceptive emails are taking advantage of the coronavirus to attack home networks and infiltrate corporate networks, he says.

“Cybercrime has reached a new level. This level will not regress, even after the crisis is over,” said Vincent Blanchard, Director, User Experience and Digital Technology, Medavie Blue Cross, during a webinar organized by the group insurer and attended by Insurance Portal.

According to Mr. Blanchard, crises, such as the current pandemic, incite fraudsters and criminals to exploit weaknesses in systems. Fake sites that look official and emails that appear to be from a colleague or superior are exploiting COVID-19 to phish, scam or spread malicious software.

“These contain real information about the health crisis. However, they are designed to extract personal information through a survey or to make the user click on a malicious link,” says the expert.

The health care sector, including health clinics, insurers and pharmacies, has been targeted by hackers in recent years. This is particularly because of the type of information contained in the medical records that these organizations hold. “The average value of personal health information records is 10 times greater than any other type of records on the market,” says Vincent Blanchard.

Cybercriminals have access to the home address of the people they scam, their date of birth, their health insurance number, as well as information about their family members. Bank accounts or credit cards can then be opened and used for months before the fraud is detected, Mr. Blanchard explains. If it were a country, cybercrime would be the third largest economy on the planet, he says.

Many research laboratories have also been the target of sustained attacks in recent weeks. Blanchard considers information on the progress of efforts related to the COVID-19 coronavirus disease to be extremely valuable. “Everyone hopes to develop a vaccine, and everyone wants to be the first to do it,” adds the expert.

Blanchard believes that the large volume of teleworkers, from different business sectors, is one of the vectors that have contributed to the increase in cybercrime. “Cybercriminals take advantage of weaknesses in home networks, which are often less protected, to gain access to the networks of different companies and extract information of interest or demand ransoms.”

Changes to a system’s security can have significant global implications. Blanchard describes it as the butterfly effect phenomenon. Technology is constantly changing. This greatly increases the potential for security errors and creates vulnerabilities and a risky environment.

“We are in a hyper-connected world. Everyone has a smart phone or smart watch. More and more objects in our homes are connected, such as lights and refrigerators. We are unknowingly increasing our vulnerability to risk, because the number of devices connected and the amount of time, we spend using them increase the potential for attack,” he adds.

Mr. Blanchard reminds us that it is important to question ourselves and to ask the right questions when something suspicious happens:

“At home, it’s important to ensure that every device has a firewall or antivirus. In addition, you should never share the name of your personal network. It’s also best to have very long passwords with some complexity, such as a sentence, instead of a single complex word,” advises Mr. Blanchard. 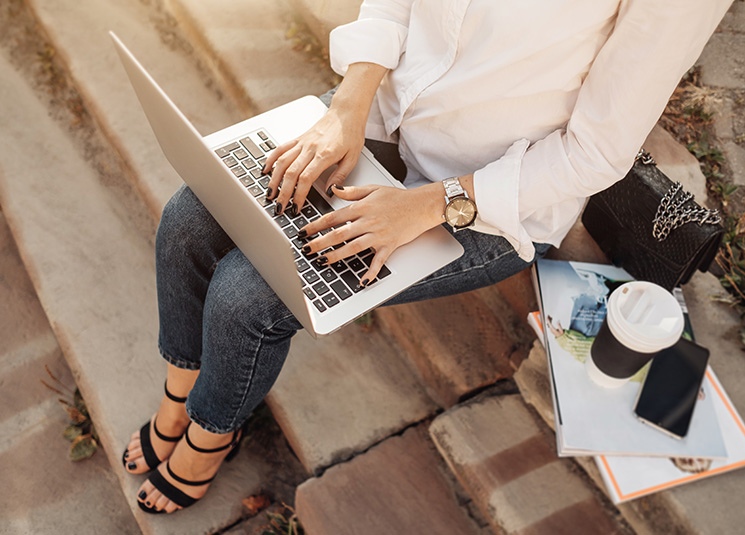