Questions about COVID-19 and your benefits? Learn more here
Get the facts on COVID-19 vaccines.

Drive your Plan with Data 2019

Introduction: Derek Weir, Manager, Health Benefit Solutions at Medavie Blue Cross, offers an in-depth look at the latest trends, digging deep into our data to turn the numbers into valuable insights you can use to inform your benefit decisions. In this blog, Derek shares the key findings of his research and analysis, and then breaks it down in more detail.

1. Take a fresh look at your benefits plans: Advisors can play a role in providing insights to employers to ensure their plan spends are optimal.

3. Ask if there are potential savings that can be reinvested in benefits that align with your plan objectives: Are there ways to save money and put it towards benefits that employees want and need, e.g. increasing your psychology benefit? Are there plan changes that can be made on the drug side to contain costs while still ensuring employees have access to the right treatments for them?

Rundown of the Results: Learning from the Data

“Although EHC represents only one-third of total health spending, high utilization of some EHC benefits, especially massage, has catapulted them into major drivers of health spending.”

Canada’s total health care expenditure (totalling $253.5 billion in 2018) as a percentage of GDP (11.3%) and on a per capita basis ($6,839) continues to rise. This is reflective of various utilization and cost drivers (demographics, population health, accessibility, consumer expectations, medical advances, technology, inflation and fraud).

“Two-thirds of new drugs being introduced are now specialty drugs and the pipeline is full of them. It’s now common to see biologic or cancer drugs well into the $20-40K range per year.”

“It is extremely important to not lose sight of the fact that the number of (mental health) claimants is up significantly – 6% trend on utilization in 2018 alone.”

“Managing diabetes, a leading chronic disease, is not easy and the cost for claimants living with diabetes is almost three times higher than a non-diabetic claimant.”

“It is important to monitor this (paramedical practitioners) spending given that it is now a major driver of plan spending. In fact, massage therapy, physiotherapy and chiropractor now exceed the combined spending on high cost biologics for autoimmune disease that receive so much attention (drugs like Remicade, Enbrel and Humira).” 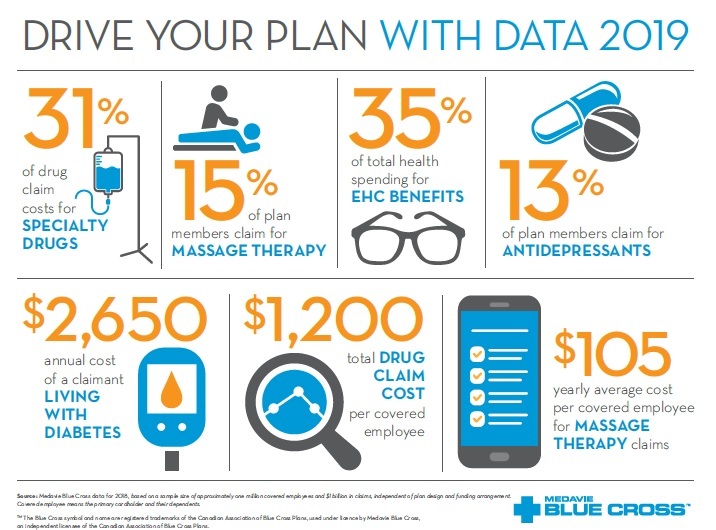 How Medavie Blue Cross can help: Taking Action on the Data

Mental Health Supports – We have a number of solutions to help plan members get the help they need, including our Employee Family Assistance Program (inConfidence) and early intervention to psychiatric care for short-term disability claimants. The latter has resulted in a 28% improvement in claimants returning to work before their STD benefit period ends.

iCBT, Pharmacogenetic Testing – We are now piloting internet-enabled Cognitive Behavioural Therapy (iCBT) on mental health disability claims and will add iCBT as an eligible expense under the Psychologist Benefit later this year. In addition, we recently launched a pharmacogenetic testing pilot to help plan members on disability claims determine the medications that will work best for them, based on their genetic profile.

Managing Chronic Disease Benefit – This benefit (a first for Canada) reimburses for health coaching from a registered health professional, with special training in disease management education, to help plan members better understand and control their condition. Supports are provided for the treatment of asthma, diabetes and cardiac conditions, as well as smoking cessation.

Medication Adherence – We are enhancing our mobile app to include a medication adherence tool that will enable plan members to set reminders to take their medications as prescribed.

*Derek’s data analytics are based on a sample size of approximately one million covered employees and $1 billion in claims, independent of plan design and funding arrangement. Covered employees means the primary cardholder and their dependents. 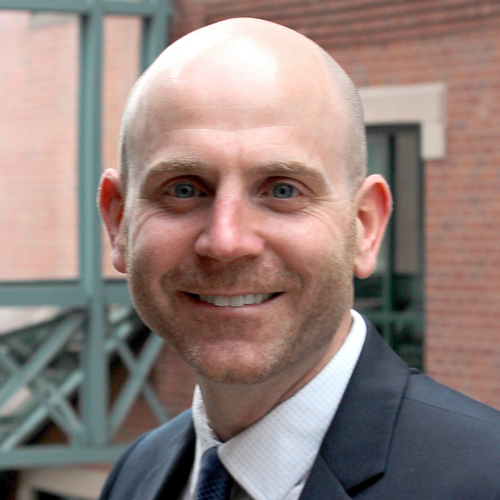