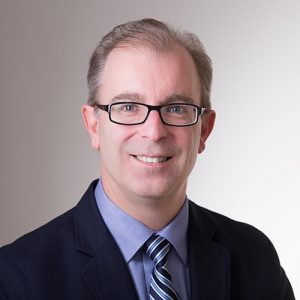 Chris Goguen, Manager of Pharmacy Benefit Strategy for Medavie Blue Cross, took a deep dive into the major drug therapeutic categories that are impacting plans to uncover important trends and valuable insights for our stakeholders. This in-depth look at the data analytics and actionable insights is a must read. We invite advisors to share Chris’s key findings and recommendations with their clients for optimal plan management. We also encourage advisors and their clients to check out this Benefits Canada article in which Chris explains how leveraging data analytics and insights can drive smart, strategic decisions around their benefit plan offerings.

Based on the analysis of drug claims across a sample of one million covered lives, the trend in drug spending in 2018 (i.e. growth in drug costs per member) was a tale of two competing factors:

Digging deeper into claims and claimant patterns behind these offsetting cost trends—in the context of disease, drug pipeline, and policy trends—provides greater insights into the current and future health of drug plans and plan participants.

Hidden within the reduction in overall ‘traditional’ drug costs in 2018, diabetes drugs (for blood glucose control) were the leading driver of growth in total drug spending, increasing by almost nine percent. Unlike many other treatment categories, diabetes drug costs were driven by the double-barrel effect of increased utilization and inflation—more claimants using more (expensive) drugs to manage their disease. This trend increased diabetes drugs to over eight percent of total drug spending, rising from third to second in overall drug expenditure ranking.

While medical advances are expanding treatment options for patients to manage their blood glucose, the combined use of treatments to prevent or slow progressive loss in glucose control is making diabetes management more complex and expensive. Close to 60% of claimants are using two or more diabetes medications concurrently, and close to 1/3 are using three or more. Because other related health conditions and risk factors are treated concurrently with blood glucose, the average annual cost of claims for those with diabetes is almost three times higher than non-diabetic claimants ($2,650 vs. $904). The complexity of diabetes care is exacerbated by comorbid conditions, and the often silent nature of the disease can result in sub-optimal management, including declining adherence to treatments over time.

One in 15 covered lives have claimed for diabetes drugs, an increase of over 50% in the past 10 years.

With generic options and related price reduction, antidepressant drug expenditures fell by more than three percent in 2018. But this trend should not be interpreted as an easing of mental health treatment requirements. In fact, antidepressant utilization increased by over six percent during the same period to become the second-highest utilization trend among all top 10 therapeutic categories. One in eight covered lives claimed for antidepressant medications—1/3 for the first time—with claimants trying, on average, two different medications.

It is clear from the drug data that more people than ever are seeking pharmaceutical care for mental distress and disorders. At the same, less than 1/10 of claimants for antidepressants also claimed for mental health counselling through their plan. An even more surprising trend is the growth in adult utilization of medications used to treat attention deficit hyperactivity disorders (ADHD). For the first time ever, the ADHD drug class appeared on the top 10 therapeutic category expenditure list, with the highest overall utilization growth trend of 7.9 percent. Adults between 30 and 49 were the fastest growing claimant population, with a 20% growth. Over 40 percent of them were first-time claimants for ADHD drugs.

One in eight covered
lives claimed for antidepressant medications—1/3 for the first time—with claimants trying, on average, two different medications.

Mental health is arguably the single largest health challenge facing organizations today. All aspects of the health plan (drugs, EHB benefits, EAP, digital) can and should be more fully integrated, and leveraged by enhanced services, technology, and analytics, to have a greater meaningful impact on health, productivity and resiliency.

Specialty drugs, defined as drugs costing $10,000 per person per year or more, accounted for an even greater
proportion of the total drug bill in 2018—Increasing to 31% of total spending—yet still representing
fewer than two percent of drug claimants.

Biologic drugs continued to be the number one category in overall contribution to drug spending in 2018 at 18% (up nominally from 17.5%). But the rate of growth in biologic spending (3.8%) was significantly outpaced by growth in other specialty drug categories, including cancer. Despite increased utilization—1 in 5 biologic drug users were first-time claimers in 2018 (i.e. bio-naïve)—the growth in overall biologic drug expenditures cooled in 2018, due to plan management controls and the accelerated shift of patients from higher cost to lower-cost alternatives.

With 80% of claimants already taking a biologic drug at the beginning of 2018, the majority of utilization dynamics was among existing patients switching from drugs like Remicade, Enbrel, and Humira, to newer drugs with different modes of action including Stelara, Cosentyx, Entyvio, and Xeljanz. Looking at the new drug pipeline, new targeted biologic therapies for rheumatoid diseases (e.g., psoriatic arthritis) and inflammatory bowel diseases (Crohn’s and ulcerative colitis), with alternative modes of action (JAK inhibitors, ILK inhibitors, and even stem cell therapy), will continue to displace first generation anti-TNF biologic treatments like Remicade, Enbrel, and Humira. By 2020, there will be more than two-dozen different biologic drug options, with seven different mechanisms of action.

A closer look at the biologic claimant population provides greater insight into the chronic conditions that are affecting the health and productivity of workforces. Forty percent (40%) of all claimants for biologic drugs reported a diagnosis of Crohn’s / Colitis, by far the highest disease prevalence across the biologic treatment population. This is not entirely surprising, as a recent study in the American Journal of Gastroenterology concluded that Canadians are suffering more from these inflammatory bowel diseases than people anywhere else in the world (1 in 150 Canadians), with Nova Scotia leading the country.

Forty percent (40%) of all claimants for biologic drugs reported a diagnosis of Crohn’s / Colitis, by far the highest disease prevalence across the biologic treatment population.

The unprecedented increase in new biologic drugs (both injection and oral), for rheumatoid and inflammatory bowel diseases, will provide opportunities for biologic-experienced plan members to gain better disease control. To avoid unintended consequences over time, plan management strategies should combine cost controls, treatment monitoring and proactive case management to enable member access (transition) to the optimal treatment to control their disease. Particular attention should be paid to impacting the cost/benefit of the management of Crohn’s and ulcerative colitis

Cancer drugs were the fastest-growing specialty category in 2018, with expenditures up by almost 14%. Now representing over five percent of total drug spending (an increase from sixth to fifth in overall ranking), cancer treatments were the third-largest contributor to growth in overall drug spending in 2018. Newer oral oncology drugs that target specific genetic mutations and related cancers that were often untreatable before are changing the treatment landscape. The shift from hospital-based to community-based treatment, made possible by new oral drugs targeting cancers that affect younger, working-age populations, is rapidly changing the role of private plans in the cancer care continuum, particularly in Eastern Canada.

Breast cancer had by far the highest treatment prevalence, representing over 50% of claimants for any cancer drugs, followed by prostate and skin cancer.

Over 2/3 of all new medications reviewed by Medavie’s Medication Advisory Panel are specialty drugs, with more than half for the treatment of cancer. Looking at the new drug pipeline, we expect this trend to continue as more oral cancer drugs targeting specific genetic mutations are approved for use (alone and in combination) of the treatment of multiple cancer diagnoses.

In addition to advances in cancer treatment, several new drugs will contribute to a return to double-digit growth in specialty drug spending on private plans. This includes new, high-cost targeted biologic therapies for more common health conditions like migraines, dermatitis & asthma that were traditionally treated with lower cost medications, and the accelerating growth of very high cost drugs used to treat rare diseases.

High-cost targeted specialty medications will continue to drive new plan spending for the treatment of both rarer and more common health conditions. Look for innovative formulary management strategies, including drug performance monitoring and risk share programs, to ensure plan value in the right patients at the right time.